It’s been a really busy 7 weeks for everyone at Whitby Sixth Form.

In mid-August we were busy supporting students in Year 13 as they received their A-level and BTEC results. As you’ll have heard on the news, there was a lot of controversy this year because of the way in which grades were, at first, awarded. For many students across the country, including several at Whitby Sixth Form, the grades they were initially awarded were below what both they and their teachers had been expecting. Thankfully, after a few days, the government decided to change matters and students received the grades that their teachers had submitted to the exam boards.

We’re really pleased that so many of last year’s Year 13 students have secured places at university or are going onto to start higher level apprenticeships with some fantastic employers. Below are just some of these students who are starting university this summer. Only 3 years ago they were all in Year 11 together on the Normanby site and just look at how spread out they’ve become and the range of courses they’ve decided to follow! 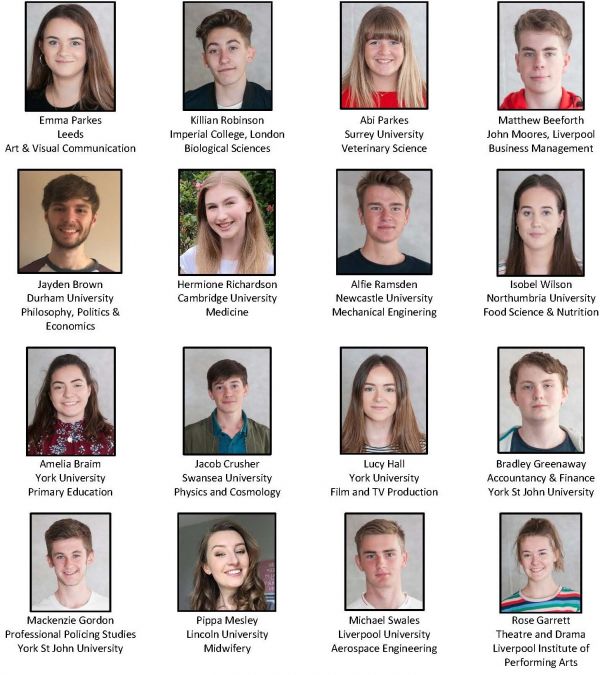 Year 13 leavers are moving on to. This year’s A-level students are busy writing their university applications at the time. We’ll let you know how they are doing in a future editions of the Normanby News.