You are here: News » College News » 'The Unpredictable Tale'

There were some fabulously spooky, shocking, chilling and disturbing Halloween stories from Years 7 and 8 that did not have a predictable ending. They were not allowed to use ‘IT WAS ALL A DREAM’ (Or nightmare)! And they really showed their flair, creativity and imagination as young fiction writers, working their magic to write terrifically terrible tales of trepidation.

It was immensely difficult to pick the winners from so many fantastic ideas, however, the runner-up 'Don't Look Under the Bed' by Rachael in Y7 included some really wonderful description, and our overall winner Ellie, also in Year 7 won with 'The Hallows Murders' which was undeniably and horrifyingly disturbing! Her object of torture from a Victorian inventor is something most definitely from the stuff of nightmares!

Well done and thank you to all who took part and look out for our next competition in the run up to Christmas. 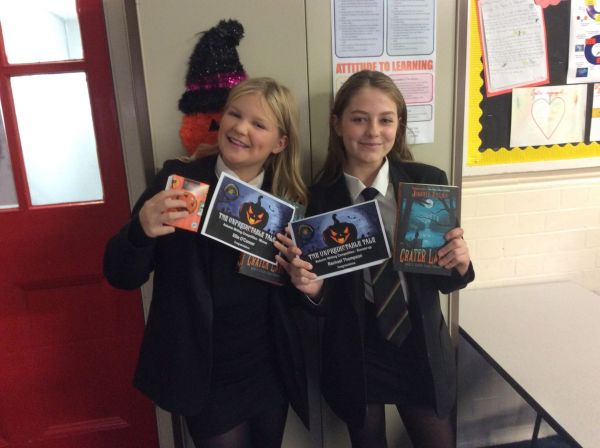